Amanda Williams is the recipient of the 2022 Public Art Dialogue (PAD) Award for achievement in the field of public art!

Amanda Williams is a visual artist who trained as an architect at Cornell University. Her creative practice employs color as an operative means for drawing attention to the complex ways race informs how we assign value to the spaces we occupy. The landscapes in which she operates are the visual residue of the invisible policies and forces that have detrimentally shaped much of the United States. Williams’ installations, sculptures, paintings, and works on paper seek to inspire new ways of looking at the familiar and in the process, raise questions about the state of urban space and ownership in America.

Amanda has exhibited widely, including the Museum of Modern Art in NY, the Venice Architecture Biennale, the MCA Chicago, and a public commission with Andres L. Hernandez, at the Pulitzer Arts Foundation in St. Louis. She is co-designer of a forthcoming permanent monument to Shirley Chisholm in Brooklyn NY and part of the Museum Design Team for the Obama Presidential Center. Williams has been recognized as a USA Ford Fellow, a Joan Mitchell Painting and Sculpture grantee, a 3Arts Next Level awardee, and is the inaugural Artist-In-Residence at Smith College. She is a highly sought after lecturer, including a 2018 TedTalk. Amanda sits on the boards of the Graham Foundation, The Black Reconstruction Collective, and the Pulitzer Arts Foundation.

Her work is in several permanent collections including the Art Institute of Chicago and the Museum of Modern Art (MoMA, NY). In her most recent participatory artwork Embodied Sensations, Williams considers how COVID-19 has reshaped how we move, and how we relate to one another. She examines the stark inequities and systemic injustices that underlie such shifts; asking us to reﬂect on control and freedom, isolation and community, prejudice and violence, love and fear. Her projects have recently been published in ‘Black Futures’ and ‘Radical Architecture of the Future’. Amanda lives and works on the south side of Chicago.

The PAD award for achievement in the field of public art is given annually to an individual whose contributions have greatly influenced public art practice. Awardees are chosen from nominations made by PAD members. 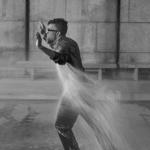 Dread Scott makes revolutionary art to propel history forward. His work is exhibited across the US and internationally. In 2019 he presented Slave Rebellion Reenactment, a community-engaged project that reenacted the largest rebellion of enslaved people in US history. The project was featured in Vanity Fair, The New York Times, Christiane Amanpour on CNN and highlighted by artnet.com as one of the most important artworks of the decade. Read our interview with Dread Scott. 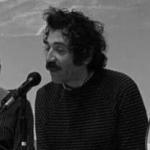 Michael Rakowitz is an Iraqi-American artist who currently lives and works in Chicago. Rooted in socio-politically motivated conceptual art, social practice, and relational aesthetics, his work is part of permanent collections in numerous institutions and has been exhibited worldwide. Read our interview with Michael Rakowitz.

Formed in New York City in 1991 through their immersion in AIDS activism, fierce pussy brought lesbian identity and visibility directly into the streets. The collective responded to the urgency of the time, using readily available resources: old typewriters, found photographs, their own baby pictures, and the printing supplies and equipment accessible in their day jobs. fierce pussy was composed of a fluid cadre of members. Four of the original members — Nancy Brooks Brody, Joy Episalla, Zoe Leonard, and Carrie Yamaoka — continue to work together. Read our interview with fierce pussy. 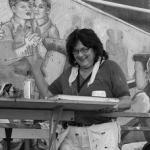 In 1974 Judy Baca founded the first City of Los Angeles Mural Program, which evolved into the Social and Public Art Resource Center (SPARC), where she is the artistic director. Baca’s inspirational career as an artist, scholar, and activist has immeasurably impacted urban visual culture. 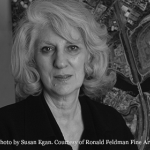 Since 1977, when Mierle Laderman Ukeles became the official, unsalaried Artist-in-Residence at the New York City Department of Sanitation – a position she still holds – she has created art that deals with the endless maintenance and service work that “keeps the city alive,” urban waste flows, recycling, ecology, urban sustainability and our power to transform degraded land and water into healthy inhabitable public places. 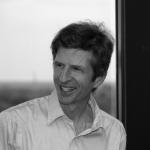 Kirk Savage has written extensively on public monuments within the larger theoretical context of collective memory and identity. He is the author of two prizewinning books. Monument Wars: Washington, D.C., the National Mall, and the Transformation of the Memorial Landscape (2009) reconsidered key public monuments and spaces of the capital within a narrative of nation building, spatial conquest, ecological destructiveness, and psychological trauma. Standing Soldiers, Kneeling Slaves: Race, War, and Monument in Nineteenth-Century America (1997) investigated the themes of slavery and emancipation in the monument boom that followed the U.S. Civil War. Read our interview with Kirk Savage. 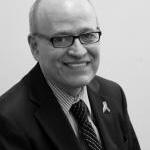 2015 - Tom Finkelpearl
Tom Finkelpearl is the Commissioner of the New York City Department of Cultural Affairs. In this role he oversees city funding for nonprofit arts organizations across the five boroughs and directs the cultural policy for the City of New York. Prior to his appointment by Mayor Bill de Blasio, Commissioner Finkelpearl served as Executive Director of the Queens Museum for twelve years starting in 2002, overseeing an expansion that doubled the museum’s size and positioning the organization as a vibrant center for social engagement in nearby communities. 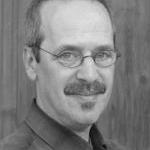 PAD recognizes Jack Becker's longstanding contributions to the field of public art as founder and executive director of Forecast Public Art, established in 1978. As a public artist and program administrator, Jack specializes in projects that connect the ideas and energies of artists with the needs and opportunities of communities. He has organized more than 70 exhibitions, 50 publications, and numerous special events. Read our interview with Jack Becker. 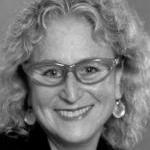 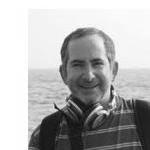 2012 - Ben Rubin
Ben Rubin is a media artist based in New York City. His work features in the collections of the Art Institute of Chicago; the San Jose Museum of Art; and the Science Museum, London, and has been exhibited at the Whitney Museum in New York; the Reina Sofia Museum in Madrid; the Fondation Cartier pour l’art contemporain in Paris, and the ZKM Center for Art and Media in Karlsruhe. Rubin has created large-scale public artworks for the New York Times, the City of San José, and the Minneapolis Public Library. 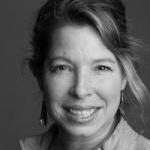 2011 - Anne Pasternak
Creative Time began commissioning innovative art in New York City in 1972, introducing millions of people every year to contemporary art while making sure it plays an active role in public life. In 1994, Anne Pasternak joined Creative Time as its President and Artistic Director. Her goal has been to present some of the most adventurous and historically important art in the public realm. 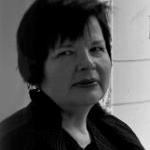 2010 - Mary Jane Jacob
Mary Jane Jacob is a curator who holds the position of Professor in the Department of Sculpture and Executive Director of Exhibitions and Exhibition Studies at The School of the Art Institute of Chicago. As chief curator of the Museums of Contemporary Art in Chicago and Los Angeles, she staged some of the first U.S. shows of American and European artists.
2009 - Suzanne Lacy
Suzanne Lacy is an internationally known artist whose work includes installations, video, and large-scale performances. Often investigating social themes, public policy, and urban issues, one of Lacy’s best known works to date is The Crystal Quilt (Minneapolis, 1987) a performance featuring 430 older women, broadcast live on Public Television. During the nineties she worked with teams of artists and youth to create an ambitious series of performances, workshops, and installations.